On Correlation Between Autism and ADHD 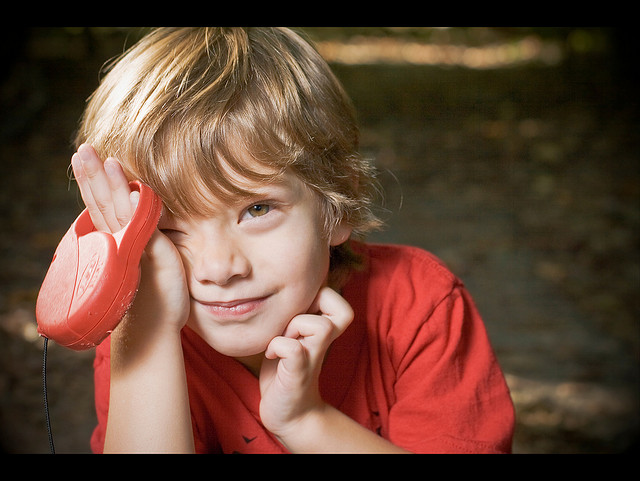 As a clinical psychologist, I am often faced with a dilemma when diagnosing children who display clusters of symptoms characteristic of both autism and attention-deficit hyperactivity disorder. Do these children suffer from two separate conditions, or can we view the ADHD symptoms as a byproduct of a more pervasive diagnosis of autism? Young children with autism have triple the rate of ADHD symptoms compared to normally developing children. In one study, researchers asked the parents of four-to-eight-year-old children with autism if they had symptoms of ADHD (e.g. if the children were able to wait their turn, if they interrupted others when they were speaking, if they could slow down when they needed to, etc.).  Of the children with autism, 29% showed signs of comorbid ADHD, all of whom were boys. These symptoms of hyperactivity and inattention can complicate treatment of autism, but the fact that autism and ADHD go hand-in-hand for some children is not surprising. According to Dr. Andrew Adesman, chief of pediatrics at Schneider Children's Hospital ,“Something that’s going to affect the brain and cause one developmental outcome may also cause a second developmental outcome.”

In another study, researchers compared children with high-functioning autism (accompanied or not by ADHD) with non-autistic children who had ADHD. They looked at different types of memory, learning, and behavior. They found that there were remarkable similarities between the children with high-functioning autism and those with ADHD. They had similar levels of working memory and memory in general. The two groups had similar problems in all three areas that were measured. This was surprising: The researchers expected the children with autism to be more impaired when it came to remembering tasks after a delay, and the children with ADHD to be more impaired in actually acquiring new knowledge.  Additionally, they were able to contradict some previous studies that found that only complicated tasks illustrated the working memory issues in high-functioning autistic children. In fact, no significant differences between the children with autism, those with ADHD, and neurotypical children were found when it came to visual working memory. Of course, the power of the findings of this study may be weakened by the fact that the group of autistic children was divided into two subgroups – those with symptoms consistent with ADHD and those without, and also because the groups were not equally weighted by gender. ADHD symptoms, as in typically developing children, tend to affect boys with autism more than girls. The researchers did not subdivide the group of typically developing children in a similar fashion because that group all had similar levels of attention deficits. In dividing up the autistic group, it was possible to look at the way autism interacts with ADHD, because some of the children had both sets of symptoms, and some only had one or the other. The group of children with high-functioning autism and ADHD symptoms had more serious issues in their verbal working memories than either of the other two groups, including the ADHD group. The researchers found this to be interesting, because it hints at an additive effect when it comes to attention problems and autism; Those with both sets of symptoms are more impaired than those with either one alone. This is not the first time that an additive effect has been found for autism and attention issues, however, as a similar effect has been found with deficits in inhibition. Another finding of the study is that attention deficits alone could not explain the difficulty which children with autism had in the acquisition of new information. That difficulty appears to be characteristic of autism, regardless of the child’s ability or inability to regulate their attention.

These findings necessitate the development of questionnaires and treatments specifically to measure ADHD symptoms in children with autism and then help them, because their problems and symptoms may differ from those of children who have ADHD alone. Additionally, they bring attention to the fact that those with autism and attention problems at a clinical level may have further difficulties with their verbal working memory and with their ability to recall information in general. This may help the parents of autistic children better understand the issues they are facing and provide more directed and relevant help. It also explains some of the other findings on children with high-functioning autism and attention, because it appears that this is a heterogeneous group, and there would be two findings for each of the two groups; combined results may be misleading. Future research should work on developing more specific questionnaires and tests to measure this pattern, and explore whether children with high-functioning autism can benefit from working memory training and how the symptoms of ADHD may complicate the efficacy of other special instruction the children are receiving, such as social skills training.


Author Bio: Dr. Tali Shenfield is a Clinical Psychologist and Director of Richmond Hill Psychology Center. She holds a PhD in Psychology from the University of Toronto and is a member of the College of Psychologists of Ontario, Canadian Register of Health Service Providers in Psychology, and Canadian Psychological Association. When she is not busy with psychological assessments and psychotherapy, Dr. Shenfield spends time on writing professional articles on parenting and psychology topics. You can follow her on Twitter at @DrShenfield.