On Cyber Bullying as a Social Phenomenon 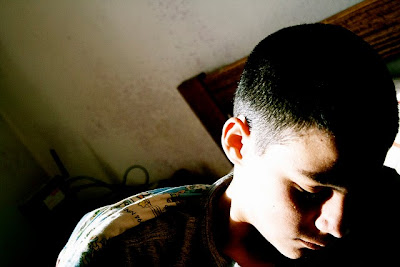 Reprint of my article published by kidzmet.com on Aug. 21st

Our society has changed a great deal over the last fifty years. Technology has increased our ability to communicate with each other. The world has gone wireless and the average human being today carries in his or her pocket more communication potential than that possessed by any mid-Twentieth Century government office.

It is not surprising that this vast network of communication has a great deal of influence on our children. The continuous adoption of new technologies has become a social game-changer. Lifestyles, and modes of social interaction are in a constant state of flux. These new developments also cause a number of new problems, not the least of which is a loss of social skills. Social skills are an art form. An analogy can be made to the art of painting. At one time, it was quite beneficial to be able to paint a recognizable reproduction of a real-life scene. Then along comes the camera, making it possible to reproduce an image without having to pick up a brush. The camera reduced the necessity of realistic painting, and also had a great deal of influence on the kind of image which is created.

While we have, in our present society, a greater ability to communicate than at any time in the past, the quality of that communication has dropped drastically. The ability to engage in coherent and intelligent debate has almost completely vanished. Political candidates now debate in sound bites because that’s what the technology facilitates. Disagreements are now often reduced to shouting matches, both on and off the Internet.

Technology has also given rise to a new form of harassment called cyber bullying. For young people, online social networks have become an important part of gaining social acceptance. Children are considered outcasts if they don’t have a Facebook page. In fact, the need for communication over the Internet is so great that children often use it as an argument against their parents attempts to restrict Internet access.

When a universal increase in the ability to communicate is coupled with a lowering of the quality of communication, it results in an inevitable increase in rudeness and cruelty. Bullying is often the result. Because of this, parents should be informed of the dangers as well as the advantages of the Internet.

One of the big problems with cyber bullying is that it is not direct and face to face. Anyone with a computer can make rude, viscous or denigrating remarks against another person without fear of physical reprisal. While the anonymity of the Internet may give power to the powerless, it also gives power to the crude and the ruthless. Cyber bullying has become a very serious problem that has already resulted in more than one death by suicide. Cyber bullying is most severe among teenage girls, although boys are sometimes victims or the bullies.

The lack of face-to-face contact gives courage to bullies and makes them feel invincible. Because of this, they may make a far more serious assault than they would if they had to physically confront their victim.
One of the dangers of cyber bullying is that children rarely report it to their parents when it happens. This is primarily due to fears that parents will restrict internet access, overreact, under-react, or simply not understand.