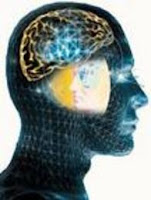 The uses of memory have changed over the centuries. Take yourself back to illiterate Medieval Europe. It was a time when most people couldn't read or write. If the average person of that day saw a book or document, the words written would just look like indecipherable scribbles. Yet, people had to function and complete complex tasks, even then. Since they couldn't write down or read instructions, they relied on memory. One of the most common "memory tricks" of that era, and it's common to all illiterate societies, was what the Romans called the Method of Loci. The word loci is the plural for the Latin word locus, meaning a location or place. People would imagine an actually existing area, such as a street, and populate it with images that would remind them of facts. Each fact would be associated with some element in the area, a locus, such as a tree or a building. To recall what they needed to remember, they would simply walk along the route in their minds and stop at each locus to trigger the memory of the information they needed.

The interesting thing is that they could never have done such a feat without something else, working memory. Working memory is like the RAM in a computer, it helps us process information as it comes up. Working memory was once called short term memory, but the name was changed to reflect the greater understand that has developed over the last few years.

Working memory allows you to keep previous or newly learned information in mind for a short period of time and use that information to accomplish a task or figure out a problem.

Working memory gives us the ability to multi-task, such as driving a car and carrying on a conversation at the same time. Our working memory develops during childhood and is one of the first mental functions to degenerate with age. A weak working memory can be a considerable disability. People with weak working memories have difficulty staying focused or ignoring distractions. They also have a hard time planning because processing incoming data requires prioritizing and priorities cannot be set if the first incoming datum is forgotten before the person reaches the fifth piece of information. A poor working memory affects long term storage when data cannot be remembered long enough to be evaluated and stored.

There are a number of disorders that can affect working memory, such as ADHD and Autism/Asperger. Even emotional overload and stress can have an affect.

Our modern multi-tasking society has a tendency to force people to try and keep too much in working memory, resulting in cognitive overload. It helps to use digital and conventional notepads, diaries, calendars, and other memory aids to reduce this problem, but perhaps one of the best aids for improving working memory is prioritization. Laying tasks out in a pattern by time or importance enables the mind to focus on each task or part of a task separately, thus increasing the space available for working memory. This is important since the average human being can usually only deal with up to eight or nine items at a time in short term memory.

Research into neuroplasticity (the ability of the brain to adapt) by Doidge in 2007 and Klingberg in 2002 has shown that rigorous mental training can improve brain function. This has resulted in a number of training programs of which Cogmed is the oldest and most established.

Cogmed is different in that it was empirically developed in Sweden at the Karolinska Institute and has been subjected to over thirty peer reviewed research studies that have been published in various independent scientific journals.

Research has shown that approximately eighty percent of people who complete the Cogmed program experience considerable improvements in focus and working memory that stick with them in their daily lives. The Cogmed training program has proven useful not only for average individuals but also for these with disabilities such as ADHD and Autism, learning disorders and brain injuries. However, there are times when the training is counter-indicated. And so, it can only be delivered by a trained psychiatrist or psychologist who can determine the perspective trainees suitability for the program.

Cogmed is owned by Pearson Assessments, a leading distributor of psychological testing and therapy materials. It is delivered by trained and licensed professionals world wide. Here, you can learn more about Cogmed training.