On Peer Pressure: Trying to understand and help your teen

Reprint of my article published by SurfNetParents.com on July 12, 2013 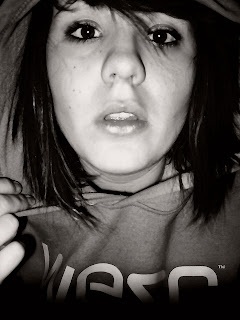 You have been raising your child from infancy and suddenly he's turned into a teen. The days are long gone when your child used to look at you for approval after doing a good deed. Now he is looking to his friends for approval and some of his peers may not have the type of value system that your family does. When your son or daughter is under the influence of peer pressure, don't underestimate the amount of pressure there really is. Your child is growing up, and while he is trying to maintain his own individuality, there is still the point of fitting in with his friends that is vitally important to him.

You're standing on the outside looking in

Somewhere along the way you have lost control over your child, and you probably can't even pinpoint the exact moment when this happened. One day he was in diapers and the next you are getting a phone call from a concerned parent about a party your son or daughter was attending with a group of teens where things were occurring that you wouldn't approve of. Your child is growing up and somehow finding his way into trouble.
It is extremely frustrating to not know exactly what's going on in your child's life at any given moment. Somehow you just have to trust that the values you have instilled in your child will remain, but you know that peer pressure is also going to be a problem. How can you solve this dilemma and still retain your own dignity as a parent?

Trying to understand your teen

As a parent, you need to get an understanding of what's happening inside your teen’s head. You have to realize is that at this point in your child's life, the difference in years between you and your child is going to become a factor. Since you are older, he will feel that you automatically cannot understand anything that he is going through. Although you can tell him time and time again that there was sex and drugs back in the days when you went to high school, he'll still think that everything was different.
You don't need to go to a child psychologist to figure out your teen. What you need to do is try to establish the best form of open communication possible so that you can know what he is up to at all times. The best way to go about this is by letting him know what's going on in your life, so that hopefully he will open up about some of the things happening in his. At this point, you'll have to use a lot of understanding and try not to judge him too harshly for anything he says. The idea is to get the communication lines open enough so that you two can discuss things better.

Your teenager is probably having a harder time than you think

Even though your child may seem defiant at this difficult age, you should not give up. Peer pressure is probably affecting him a lot more than you could ever imagine and he is deep down actually counting on you to guide them through this rough spot. Although he would never admit it, his defiant nature is just a manifestation of his own wrongdoings. Deep down he is still the innocent child that you have brought into this world and although he is now subjected to many more external influences, you still need to maintain open communication and never give up on your child.
Parents must understand that although a teenager may test their limits, he will mature over time. Eventually your child will reach an age when he is less influenced by peer pressure and easier to communicate with. You must get through these difficult years and provide consequences for your child's actions, enforcing punishments when it is necessary. you will come out at the other end and your child will develop into a mature adult with real-life values.